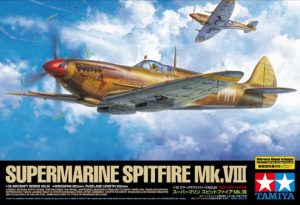 I shall be basing my build on a MkV Spitfire that was stationed on Malta.

The squadron was absorbed into an OTU (Operational Conversion Unit) in April 1940 before re-forming in Malta May 1941 as a fighter squadron. It reformed again in April 1942 in Malta from “C” Flight of 251 Squadron. The unit operated with Hawker Hurricanes for nearly a year, before the first Spitfires arrived on the island early 1942. The squadron took part in the fierce air battles that raged over the island, suffering increasingly heavy losses late in 1942 when the Bf 109f arrived on Sicily, outclassing the Hurricane.

The arrival of the Spitfires restored the balance, and the end of 1942 185 Squadron had gone onto the offensive, flying sweeps over Sicily, then in July 1943 supports the Allied invasion of Sicily.

No 249 Squadron was formed August 1918, but was disbanded October 1919. May 1940 it was reformed as a fighter squadron at RAF Church Fenton, equipped with Hurricanes the unit fought in the Battle of Britain. The only VC awarded to an RAF Fighter Command pilot during the Battle of Britain was won by James Brindles Nelson while serving with 249 Squadron.

By 1942 it was transferred to Malta by aircraft carrier. There it formed part of the fighter defences, converting to Spitfires in February 1942.

By October 1943 the squadron had moved to Italy, after 1944 it converted to Mustangs. 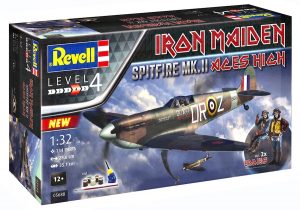 I will also be building, alongside the Tamiya kit, Revell’s Iron Maiden MkII Spifire

Richard’s Journey will be revealed below: