Sunday 5th August, 6am start. It was going to be another hot day. Six members set off for Avon, Don B & Mike H went on their own, Richard C took Dave B and Roger L took Bill A. It was a pleasant trip up, we, team Richard & Dave took the A345 then M4 to Thornbury, very smooth with no delays.

Arriving we joined the queue of traffic entering Thornbury Leisure Centre, we quickly found a place to park, thankfully not to far from the entrance to the hall. Two trips later we had display stand and models by the table ready to assembly the display stand.

This went up very quickly with help of Don, Mike & myself, Dave went in search of tea & coffee for us. Stand up, models on, it was time to go exploring. 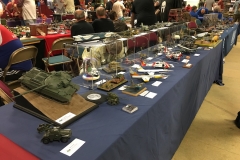 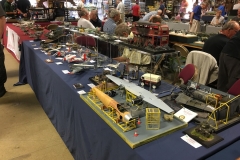 Avon seems to grow each time we go. It is now spread over three halls and a room for the competition, more on this later.

There were a few things I was on the lookout for, namely another “Nuts Planet” figure from their “Trigger” series. I found MDP’s stand, my goto trader for figures, and secured another “Vagabond” 1/24 scale figure. Whilst I was there my eye was drawn to a new set of figures they had (new to me at any rate), from “Cartoon Miniatures”, these are based on the Lord of the Rings. Using rodents for the main characters, “The Tail Brotherhood”.

I purchased, Graydalf, Furdo, Samouse & Legomouse. Cast in grey resin, these are beautifully sculptured with no flash to speak off. 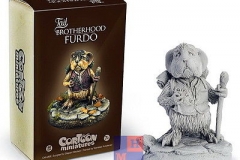 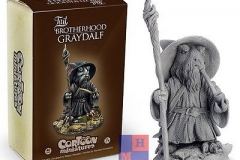 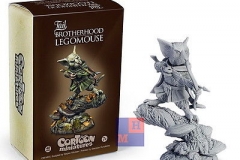 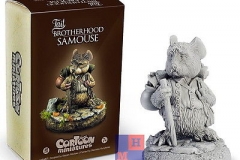 Can not wait to get started on these.

Returning to our stand, Roger & Bill had arrived, and our own brotherhood was complete, or “Legs Eleven” as all of us, except Don wore shorts. Thought about getting a photo of us, but it’s not that sort of website.

I did not take a note of what the others purchased, sorry, but I hope they will bring their purchase along to the next club night for us to look at, I will then get a list and publish here.

Wearing as little as possible was certainly useful, as the halls were very hot and stuff, with a lot of interesting smells, I will leave that up to your imaginations.

The coolest part of the show was in the competition room, which had Air Conditioning, surprisingly it was’nt that full the times that visited it to cool off.

One model in the competition, for me stood out, it was of a wrecked Helicopter. This turned out to be best in show. Well deserved I thought. 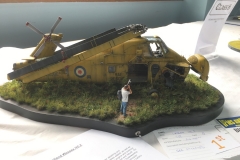 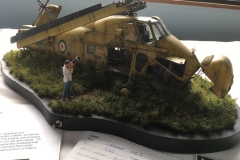 Looking at the club stands, some with the usual models. There were, however, a few models that caught my eye. Here are a few of my favorites. 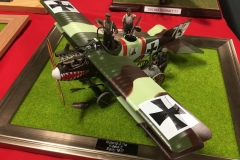 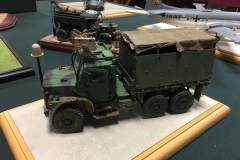 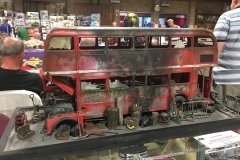 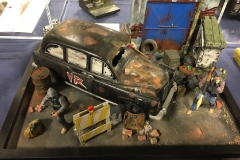 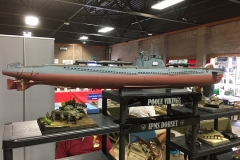 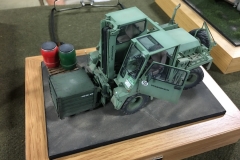 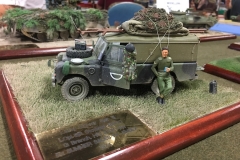 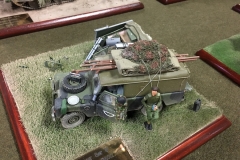 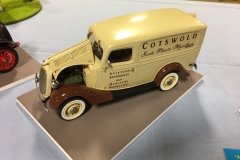 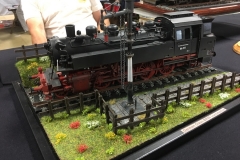 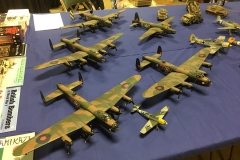 All in all another great show, congrats to Avon for organising it and for the “Brotherhood of Legs” for displaying their wares, on and around the club stand.

Next show is this coming Sunday 12th August. A bit closer to home, at the Boscombe Down Aviation Collection Museum.