Richard, Bill, Steve & Tony represented us at the ModelKraft 2019 show in Milton Keynes on Sunday.

Richard, Bill & Steve travelled up from Salisbury whilst Tony made his way across country from Frome. Journey was excellent, roads clear so they made good time. 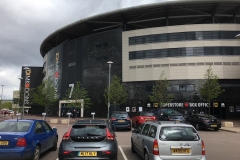 This year ModelKraft was in a new venue, the Marshall Hall at the MK Doms Stadium.

Stand was setup in good time, and models placed on the table (Richard had to spend some time repairing his Mosquito diorama, Why? Ask Tony!), then it was on to the business of seeing what was on offer on the trade stands and to check out the other club’s tables. 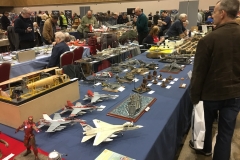 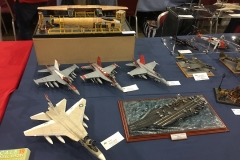 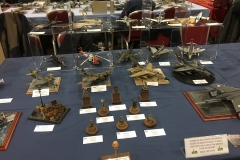 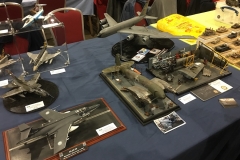 The new venue had plenty of room around the tables, but space behind the stands was very tight, seating discipline was lacking in some cases. 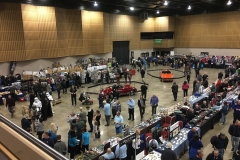 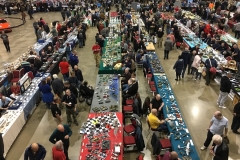 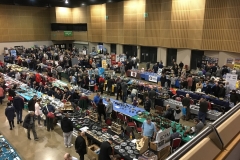 Plenty of choice from the traders, a couple of Czech companies had crossed the channel to attend, plus the usual suspects.

A great day was had by all, except for the drive home, M1, M25 & M3 was nose to tail, variable speed limits and plenty of idiots made for a long drive home.

Next model show will be IPMS Gloucester on the 12th May.