Preparing for the arrival of Dennis and getting models packed we headed off down to Bovington Tank Museum, we four, we brave souls.

Arriving ahead of the storm, which turned out to be a bit of wind and rain, we signed in and made our way through the building site that is the World War II section of the museum, eventually finding our table (which was not labeled) in the Tank Story section.

Setup complete Richard, Mike, Chris & Bob placed their models on the stand, it amazes us on the sheer depth of the clubs modelling genres. 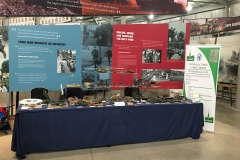 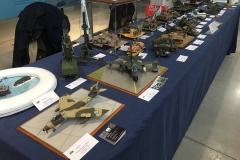 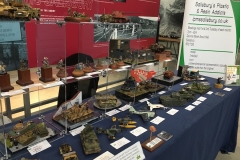 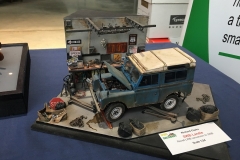 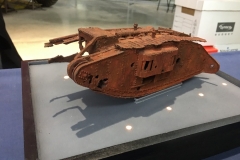 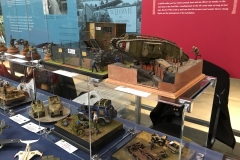 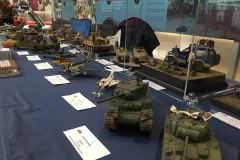 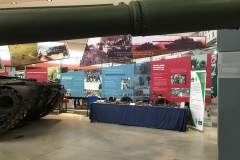 Waiting for the public to arrive we took the opportunity to lighten our wallets, Richard & Chris returned with items for their 1/32 Spitfire group build, RAF paint sets being the order of the day.

A great day chatting to the public, and to two potential new members who have come back to modelling later in life, so hope to see them at one of our club nights.

Our next showing will be 21st March at Yeovil Model Show – See you there.