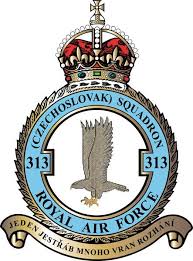 A group build? Count me in! Having very recently moved house into a fixer-upper I was really very much on the fence for this build. I wanted to take part but alas I had a nightmare where my woodchip wallpaper refused to steam itself and the incumbent Lime Green Paint was laughing at me. I initially voiced my fears with a drop out of the proceedings but I will admit that a fellow member, Don, very kindly supplied the kit for my part of the team venture here. The kit in question is the venerable Hasegawa 1/32 Mk Vb; complete with 104 precision parts and those lovely raised panel lines that were ever so popular in days gone by. I am sure you all remember this kit on the shelves of your local model stores, it dates all the way back to 1972; and she is perfect. With so few parts I can join the fun, kill the wallpaper and keep the future wife happy as well.

Naturally with a same-subject group build we have a lot of Spits floating around; but thankfully only one other MkVb so my desire to avoid repeat-painting and markings will hopefully be reduced. Most usefully Hasegawa had the presence of mind to include parts for several different types here with different chin filters and wing tips. Having joined the party late I looked through the offerings of my fellow members and slowly ticked each idea off my shopping list; Deserts and Malta, even a Greek Air Force contribution in an awesome natural metal finish and of course some early war home defence colours.

Then a name caught my eye. Poland. Yes; those brave fighter pilots forced out of their country to become Aces In Exile to quote a song title, if I may. But they were not the only ones; the RAF was bolstered by volunteer pilots from all over the World and especially the countries of Europe now dominated by the Third Reich. Free French, Belgians, Americans, Rhodesians, Canadians, Czechs and even a Jamaican to give some examples. We owe all these brave men a great deal; they were risking their lives for our sky after all. We already had two Polish entries (interestingly from a Mike each) one from 318th Squadron and another from the legendary 303rd. So I decided to try the Czech route and build a little homage to a pilot who came a long way to fight for us.

The 313th (Czech) Squadron was formed in 1940 and was eventually disbanded in 1946 with the squadron transferring back to their native Prague to form the nucleus of the Czechoslovakian Air Force. In late 1941 they were equipped with the Spitfire Mk. Vb and moved to RAF Hornchurch. 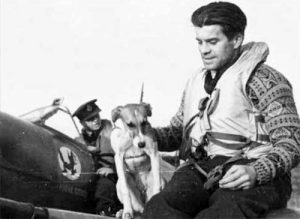 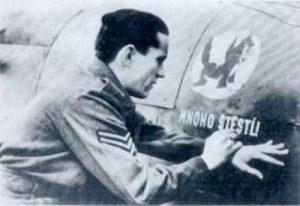 Flight Lieutenant Václav Hájek flew one of these Spitfires after joining the 313th in June 1941; his Vb had the serial AB276 and squadron codes RY-K. His personal emblem under the portside canopy rim is a startled black cat with the words “Mnoho štěstí” translating as ‘Good Luck!’ This was hand painted on his aircraft by a fellow pilot, Karel Pavlik who was a sign-painter in trade. Sadly Pavlik would be killed in May 1942 after being shot down by ‘Pips’ Priller in his FW190 over Lille. Hájek himself claimed a probable FW190 during a mission over Gravelines on 10/04/1942. He is reported as receiving wounds, from which he recovered, but I am not able to find out what caused them..

Chris’ Journey will be revealed below: