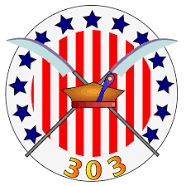 My choice for our ‘Spitfire’ build will be to try and make a spitfire Mk.11a which was flown with great expertise, by Polish pilots. Most had flown Bi -Planes for the polish air force, which not only were out of date aircraft, but were well and truly outclassed by both the German and Russian aircraft. The Polish air force was very small and compared to their enemies were just overwhelmed.
Polish Pilots came over from their country before and after Poland was overcome and surrendered. Their expectation was that Britain would come to the rescue with new planes and men. It did not happen, which is why the Pilots came to Britain, well experienced in aerial warfare and ready to fight.
There were sixteen Polish Squadron’s and 303 ’’Kosciuszko’’ squadron was formed in July 1940 in Blackpool and had British Officers, Squadron Leader R.G, Kellett was their first commander. Many of the Polish personal had no idea of Fighter Command language or how the R.A.F. worked, or indeed speak or understand English. 303 Squadron with Polish Pilots was equipped first with ‘Hurricane’ Airplanes. The Polish were delighted with the Hurricane’s. At last real aircraft to fly!
Stationed at Northolt, they were immediately called upon to take part in the ‘Battle of Britain’ alongside British, Czech, Dutch and allied manned squadrons of Spitfires and Hurricane’s. On the 24th. August 1940 they were scrambled for the first time.
British Pilots were not so experienced and consequently this showed in losses of men and aircraft. 303 Squadron was the most effective Squadron throughout ‘The Battle of Britain’ with the highest kill scores over the days of the battle. They became the highest of 66 squadron’s with  138 kills plus, possible kills and damaged enemy aircraft, with the fewest loss, of both aircraft and crews with kill to loss rate of 2.8 to 1. Tiredness kills, they never had time to be tired being on call day and night the whole time of Battle. Many Polish Pilots became ‘’Aces’’ with their individual kills, scoring more individual kills than crew of other Squadrons.
Other, Polish Pilots, Crew and airfield staff were seconded to other wings, Bombers, Recon and ground staff. Indeed many of the very highly skilled ground staff were invaluable to the R.A.F throughout the whole War with their technical abilities.
In mid-1941 303 Squadron was amalgamated with another Polish Squadron, 306 Squadron and became No.1. Polish wing and were refitted with the Mk. 11a Spitfire. Flying from British airfields the Wing regularly took part in escort duties with Bomber Wings, strafing sorties, intelligence sorties, and of course ‘D’ Day landings in France. Their last duty on 25th. April 1945 was as escort to Avro Lancaster’s in a raid on ‘Berchtesgaden’.
Mainly based  at Northolt airfield, although the Wing did get sent to many  other airfields throughout the War. Upgrading their Spitfire’s and finally in April 1945 being equipped with the North American Mustang 1V. The Squadron was disbanded in December 1946 at Hethel airfield in Norfolk. Many Pilots and Personnel stayed on in the R.A.F. and those that did not stayed in Britain and became British citizens rather than go home to a Russian Polish State.

Mike’s Journey will be revealed below: