What a glorious sunny day Saturday was to be sat in doors, well when you’re a harden plastic and resin addicts like us, then a room full of plastic and resin is a better bet than being outside in the sunshine.

Well that’s what happen to five of our members who went to man our table at Poole Vikings annual model show, Richard, Paul, Don, Mike & Nick.

It’s a good event but as always there is never enough room behind the tables to sit comfortably, especially if the group behind you think and act as if they are the only group using the space, sitting a long way from their own table which makes it impossible to walk pass them, let alone sit down.

There was a good supply of traders and clubs spread out across the three interconnecting rooms. Some nice models on display, accompanied by the usual spread of models that the majority of clubs tend to display, one SIG in particular. Richard & Nick brought along a few new models for the stand, so we had a mixture of old and new models.

We had brought along our painting face masks, Mike supplied some white painters overalls and Richard had some Bio-Hazzard & Police Do Not Cross tape, we put the tape around our stand and for the first hour we donned the suits and face masks and manned the stand. Some people clocked it straight away, but for others it took a while for it to sink in.. “Why are you wearing face masks, and why have you got Bio-Hazard tape on your stand, you’re from Salisbury, but why.., of course, I see now.” 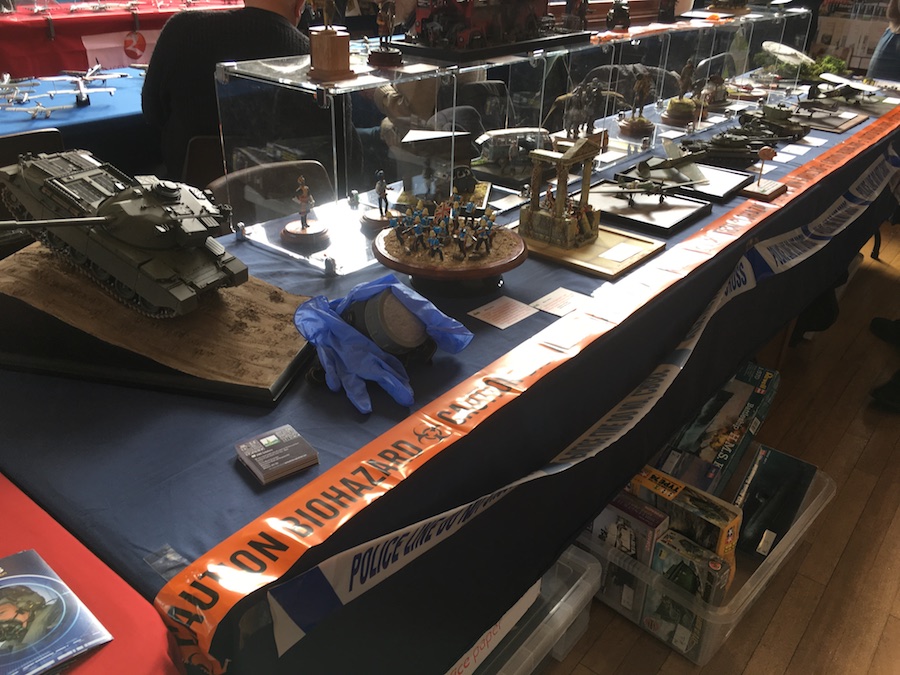 Purchases were made throughout the day, our collective haul included:

Don: ICM 1/35 Scale sd.Kfz.25 1/1 Ausf.A German Armoured Personnel Carrier, a couple of books – Aircraft of the RAAF 1921-78 & Modern British Military Trucks of the Cold War and a Masterbox 1/24 Scale figure set (same series as the one Richard got) but Don’s was entitled “Don’t even think about…”

We also had an impressive haul in the competition as well.

Paul walked away with:

Richard got over all Gold in the Civilian Vehicles Category for his rusted motorbike and tractor.

But the best haul went to Nick who walked away with Gold in the Aircraft Small Scale Category and the Alan Marshall Memorial Trophy for his 1/72 scale Jet Provost T3, he also won “The Carol & Vic Lowe Memorial Trophy” Best in Show Category for his 1/48 Scale Airfix Hawker Sea Hurricane Mk.1a. 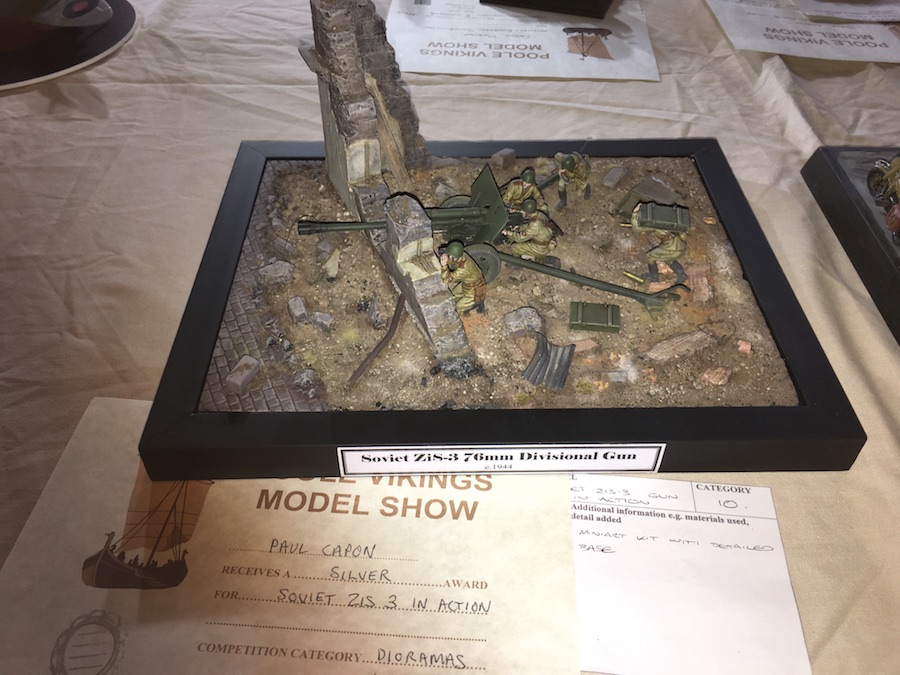 A good day out, next stop will be Milton Keynes on Sunday 22nd April, see you there.