Another early start, that must mean another model show – this time three IPMS Salisbury members drove North(ish) to the new town of Milton Keynes, established in 1967, which is younger than the three of us who went there.

Milton Keynes may have been built as a new town in 1967, but its history of settlement goes back into pre-history, evidence of human habitation has been found as far back as 2000 BC, Roman occupation was in evidence as Watling Street ran through the area. But after the Romans left in the 5th Century the area returned to arable farm land, it wasn’t until the Norman conquests that the area picked up.
We must forward wind to 1940’s for anything noteworthy to happen, when Bletchley Park was established as Station X.

Now it is famous for the annual Milton Keynes ModelKraft, which takes place in April and clubs & traders from across the South make their pilgrimage to this plastic and resin mecca.

Richard, Sibo & Mick made the journey on behalf of the club, cars bursting with modelling delights. 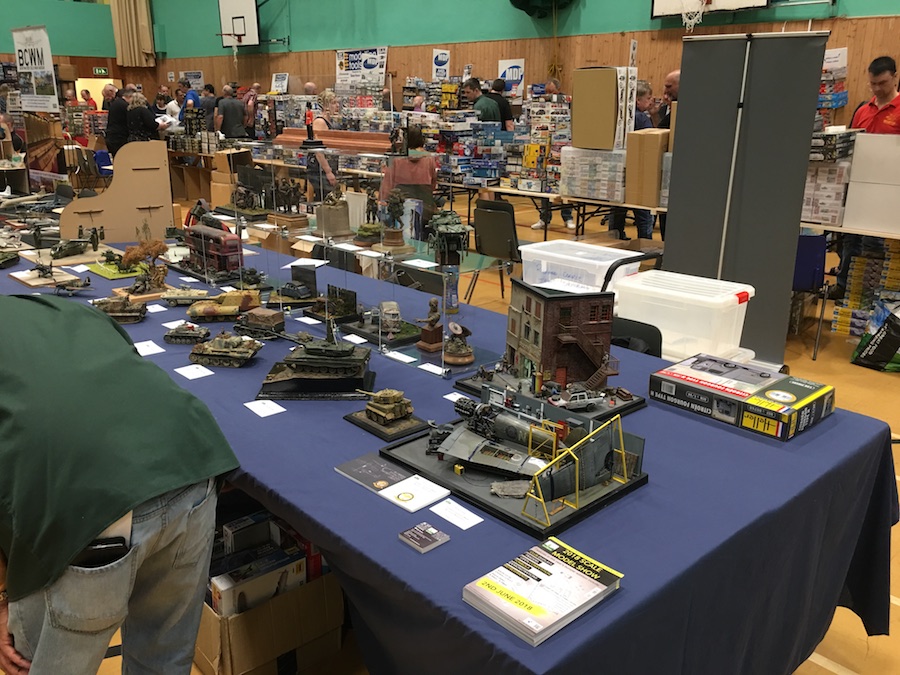 Display setup, raiding parties set off to see what could be found to be taken back to Salisbury.

Milton Keynes is always a good show, except the 2 hour drive, but in never disappoints. This year they only had the one hall open, which I felt was better, with a great mix of traders and clubs.
It was good to meet up with a past member who had moved to Norfolk, why he moved, we are not sure, but he seems to have settled it well with the natives.
We will certainly be back next year.