Three of our members went along to the Boscombe Down Family Fun Day on Sunday 12th Sept held in their museum.

Richard C, Mike H & Dave B, (who sat along from us on the ATC table) not only displayed a collection of their models but demonstrated their modelling skills.

Dave B on the ATC Dorset Wing table had a fine collection of this 1/72 scale planes, he showed off some of his WIPs which, bravely he allowed children to hold them.

Both Mike & Richard demonstrated their figure painting prowess. Mike worked on a figure from Star Wars and Richard painted from start to finish another of the Tail Brotherhood figures, “Arramouse”. Before long he will have an army of these. 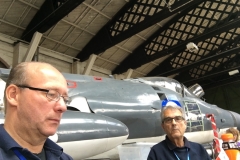 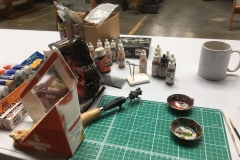 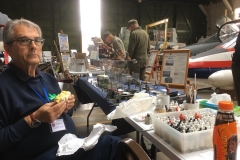 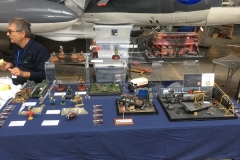 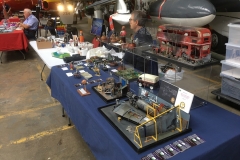 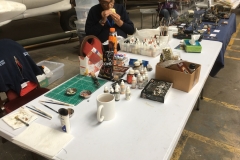 The day included other activities, like demonstrations of craft work, several model flying clubs were on hand to show off their radio controlled models plus a lot more going on outside.

Another great day at Boscombe talking to the general public about all things modelling, several people took away our club cards, so we may have some new members soon.

The Salisbury Journal interviewed us and took some pics, so we might have an item in the Journal publishing the club.

Thanks to BDAC for holding the event.