Another club tradition was resurrected last night, our club meal. We remarked how much we enjoyed these little social gatherings outside the normal club nights.

Meeting up at the Salisbury Model Centre prior to the meal allowed for a little browsing and in some cases purchasing a few items. At the chosen hour we moved across to the Thai Orchid.

12 members sat down to a wonderful spread of Thai food and in some cases a few beers.

Food was delivered to the table, what a spread it was… 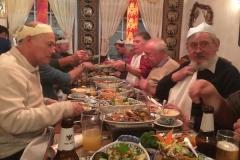 Sibo & Richard had the Spicy option plus an additional bowl of rice.

Silence descended on the table as we tucked into the food, all agreeing between mouth fulls how tasty it was. 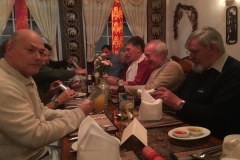 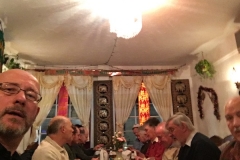 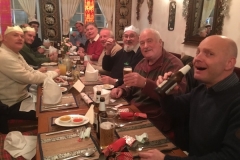 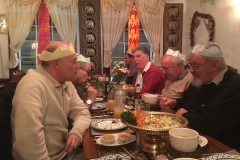 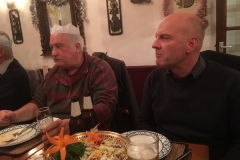 Conversation wasn’t to stifled by the consumption of food, various topics were discussed from Brexit to campaigns of WW1 and anything else in between.

A great night was had by all and we all agreed we must do it again, whether at the Thai Orchid or a another eating establishment in Salisbury, who knows, but wherever it happens to be, I’m sure it will be just as enjoyable.

Thanks go to Ray for his initial idea and to Sibo for arranging the menus and booking the table.

Our final club meeting of the year will be on Tuesday 18th Dec for our annual “Wacky Races” – rules and regs can be found here.